The referral sources you've defined in Cliniko are now pulled into Finger-Ink and offered as selectable options in your forms.

Written by Chris Hetem
Updated over a week ago

Major version 1.9.0 of Finger-Ink for Cliniko is now live on the App Store — here's the main things to know about:

Adding your referral sources (as defined in Cliniko) to Finger-Ink has been a hard problem for us to tackle, but it's one we've been asked for again and again. We're happy to report that our support for your referral sources is now much better than in previous versions of Finger-Ink, but there are still some caveats. More on that later, but for now, here's how it works.

You most likely have your own referral sources set up in Cliniko, like this: 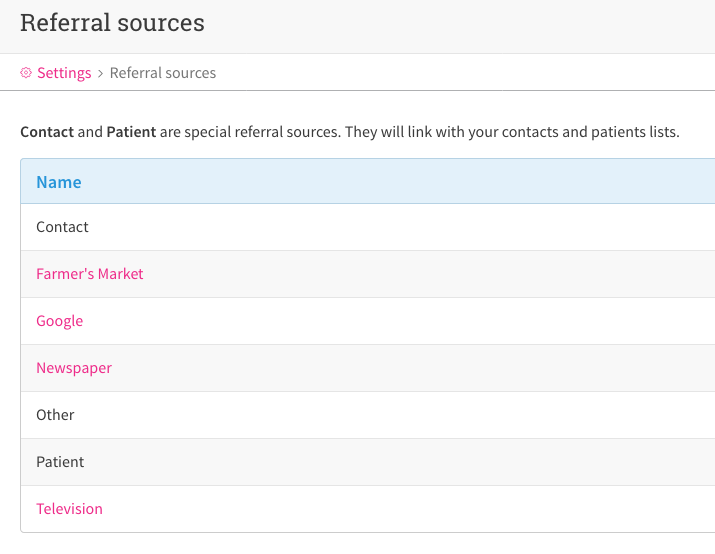 Previously these weren't included in your forms  — we just offered your patients a single line text field and they could write whatever they wanted.

Starting with version 1.9.0, your referral sources are available in your forms:

Even sub-categories are supported and are only displayed when the corresponding category is selected first: 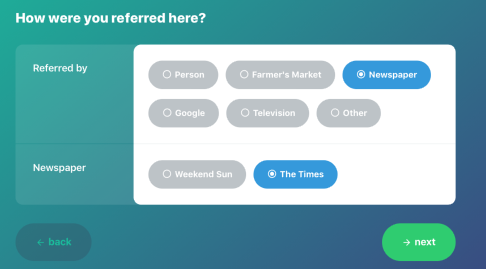 There are a few caveats with referral sources:

To learn more about referral sources, we've written a whole article going into much more detail as to how all this works.:

Now, onto other improvements!

Cliniko recently came out with a preferred first name field, so this is now included on the name question in Finger-Ink as well: 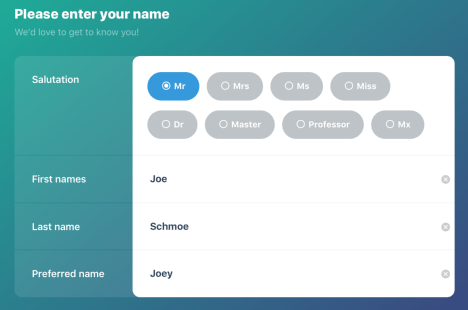 Questions that allow for multiple lines of text were previously all lowercase (unless a patient made an effort to capitalise them correctly). We've changed this so standard sentence-case is default, like so:

No more sleeping on the job 😴

Previously the iPad could go to sleep while patients were filling out a form. This meant they'd need to ask the receptionist or sometimes even the practitioner to unlock the iPad again. This sort of interruption is no longer possible as we disable sleeping while forms are being filled.

What good is getting the name of an emergency contact if you don't have a way to contact them? This question has been split up into 2 fields to explicitly ask for both a name and number.

The invoice question always seems to trip people up, so we had a go at re-wording it hopefully for the better. We've also added some smart logic to it (something we intend to offer in the future for your own questions).

The first part of the question asks who should be invoiced, the patient themselves or someone else (like an insurance company):

If the patient is paying themselves, no more info is needed and they'll move on to the next question. But if someone else is paying, then and only then do we prompt them for more info: 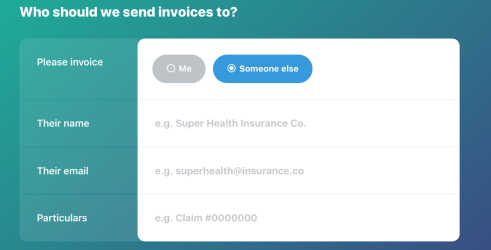 Missed the last release? Check it out here:

What was new in version 1.8
Did this answer your question?