Conversion of URLs to clickable links in web forms, a little polish & fixes galore. Let's get into it!

Hello party people! 🥳 The iPad app got an update last month — so go and read those release notes if you're interested. This release fits squarely in the realm of our web Portal.

Many of you have asked for this, and now it's here! We'll automatically convert URLs into clickable links in certain parts of your web forms. It takes something like this:

And turns it into this:

☝️There is nothing you need to do to enable this. If you already had links in your forms that weren't clickable. Well, now they are.

See where your forms are at a glance

In anticipation of some further improvements to the form editor, we now refer to forms as either published or unpublished rather than active and archived. If they're published, they can also be published to the app, the web, or both. Here's what that looks like: 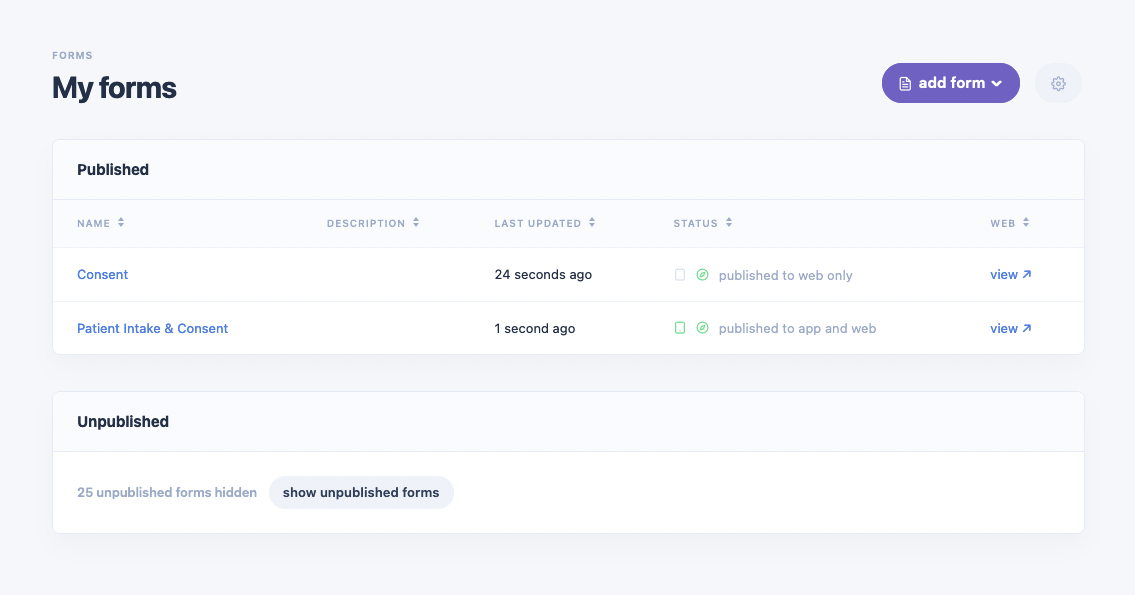 ☝️You'll need version 5.2.1 or above of the iPad app for your forms to be published to the web only. Previous versions of the app will still display these forms.

There's a new message down the bottom of menu in the Portal. This shows you the current version (5.19.0 as I write this), and also contains a little "What's new?" link, which takes you to the main updates list of articles:

You can't see this one, but I wanted to share it anyway. Much work was done to improve how quickly appointments (and changes to them) appear in the app. In addition, appointments which are re-scheduled into the future past 3 days will now correctly disappear from the list (where previously they might have hung around long past their welcome).

It's now obvious you can send us your forms

We've long since offered the service to convert your existing forms to our format. Now that's clear from the "My forms" page: 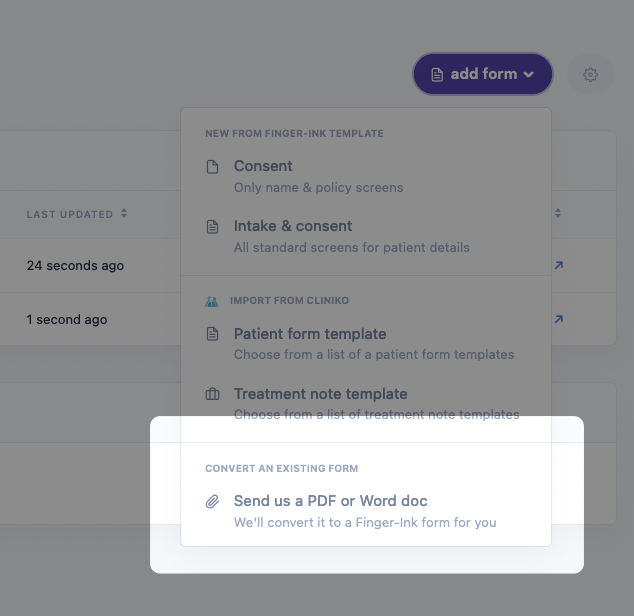 Here's the low-down on what's been fixed in this release:

That's all for now

If you have any questions or concerns, feel free to reach out. Thank you awesome humans 😊.