Have you ever seen this screen in the app? 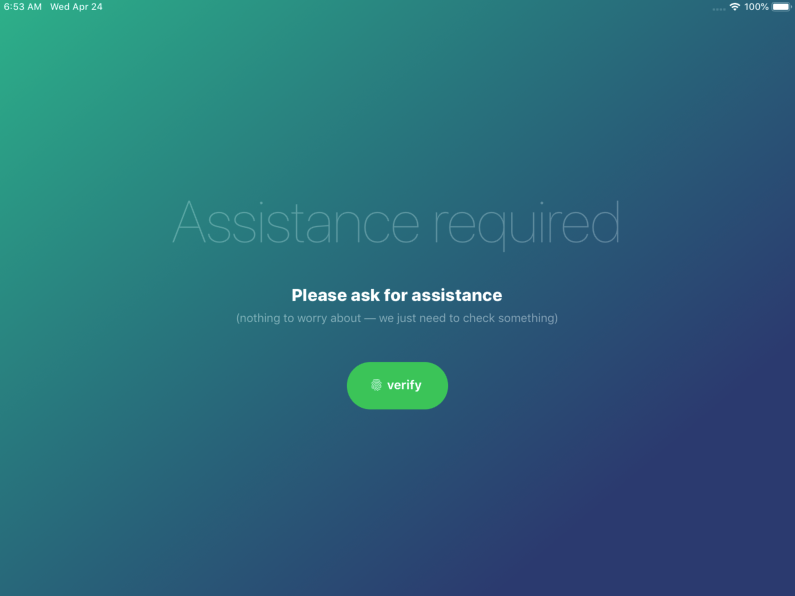 That's part of our Safety Net feature, and it prevents the app from incorrectly sending the wrong patient information to another patient in Cliniko. Read on to find out how.

Here's how it works — if the name of the name of the patient filling out the form differs greatly from what was there previously (i.e. if they were handed the wrong form), then Finger-Ink will ask for assistance — allowing the admin staff to double-check whether or not form filling should continue.

Here's an example: Let's pretend that our day looks like this, two appointments, one  for Brendan Kilfoil and one for Brendan Smith: 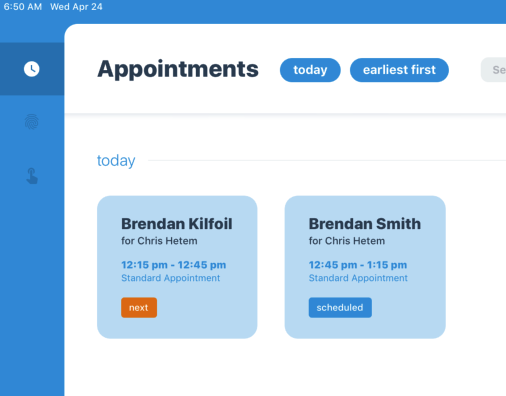 Brendan Smith arrives, but the form for Brendan Kilfoil is started accidentally without admin staff realising the error: 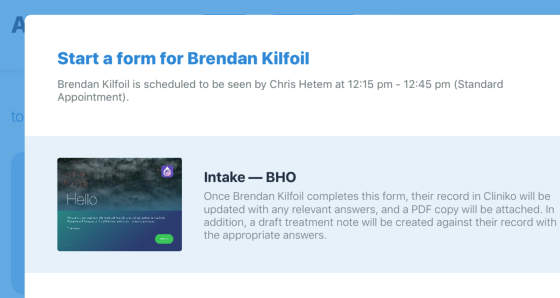 Brendan Smith is then handed the iPad, and he starts filling out the form. The first question he gets to is the name question. "Kilfoil? That's not my surname" he thinks, so he changes it:

That's a significant change to the name. Finger-Ink detects this, and throws up this screen, requiring staff input before the form can continue:

Tapping the verify button and entering the passcode then gets them here: 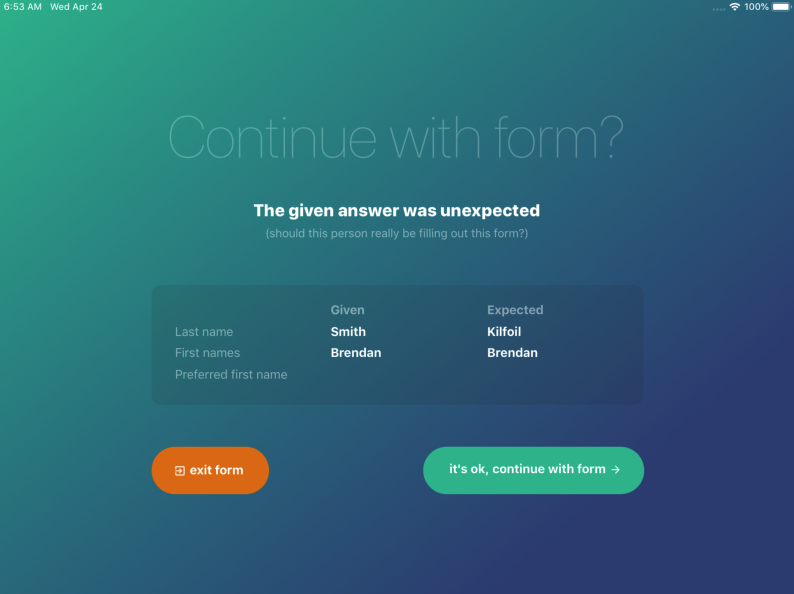 In this way, the error is caught early. Exit form is pressed, the app requires the passcode once more, then returns to the appointments screen — allowing staff to launch the correct form.

What about spelling errors?

We've got you covered! Consider a scenario in which Brendan Smith booked by phone — his name was keyed in as Brendan Smith, but he spells his surname Smithe instead. Well, Finger-Ink can detect that there's a difference, but knows the difference isn't hugely significant, and thus lets this through without any interruption.