All Collections
Adding or changing forms
Tutorial: Adding a new patient Intake form
Step 7 – Add the question "Do you smoke?"

This is step 7 of our step-by-step guide on how to create your very own Intake form.

Another simple question, but this time we'll go over:

Add a new question by duplicating another

This question is very similar to our last one, so to make things easier we'll just copy the pregnant question and make a few tweaks. 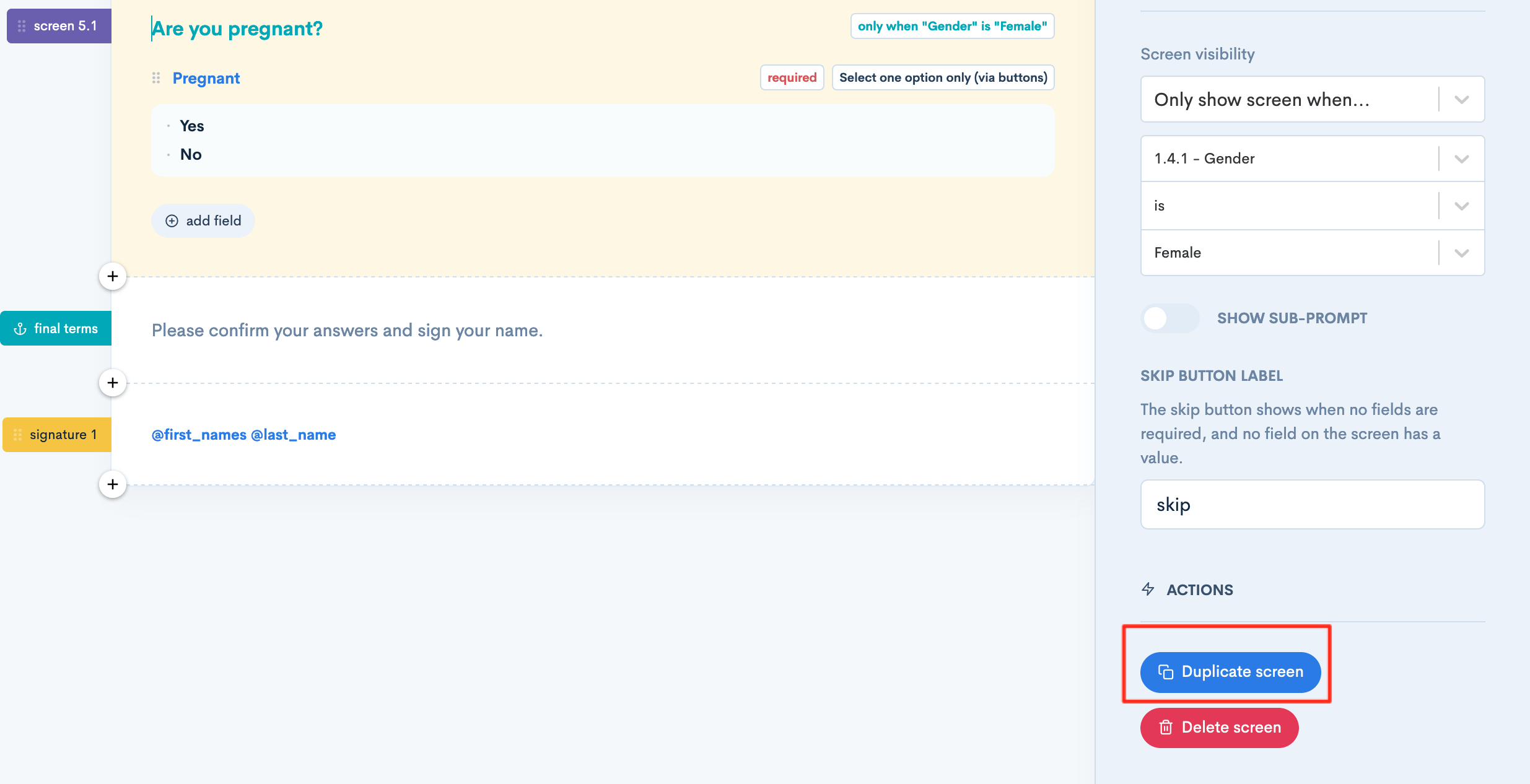 Now we've got a second question mostly set up already. It's worth noting that when copying this screen, we also copied all of the screen's configurations including the visibility logic.

Configure the screen and field for "Do you smoke?"

This question is basically done now, but we'll take a step further. The next question on our form is "If yes, how many units per day?" but as this ties in very closely with whether or not someone smokes, we'll instead add it here as a second field and also add some visibility logic to it. Let's do that now.

Add a new field for "# units per day"

Asking someone how many units they smoke per day doesn't actually make sense if they don't smoke, so we'll set our field up now to behave in that way. 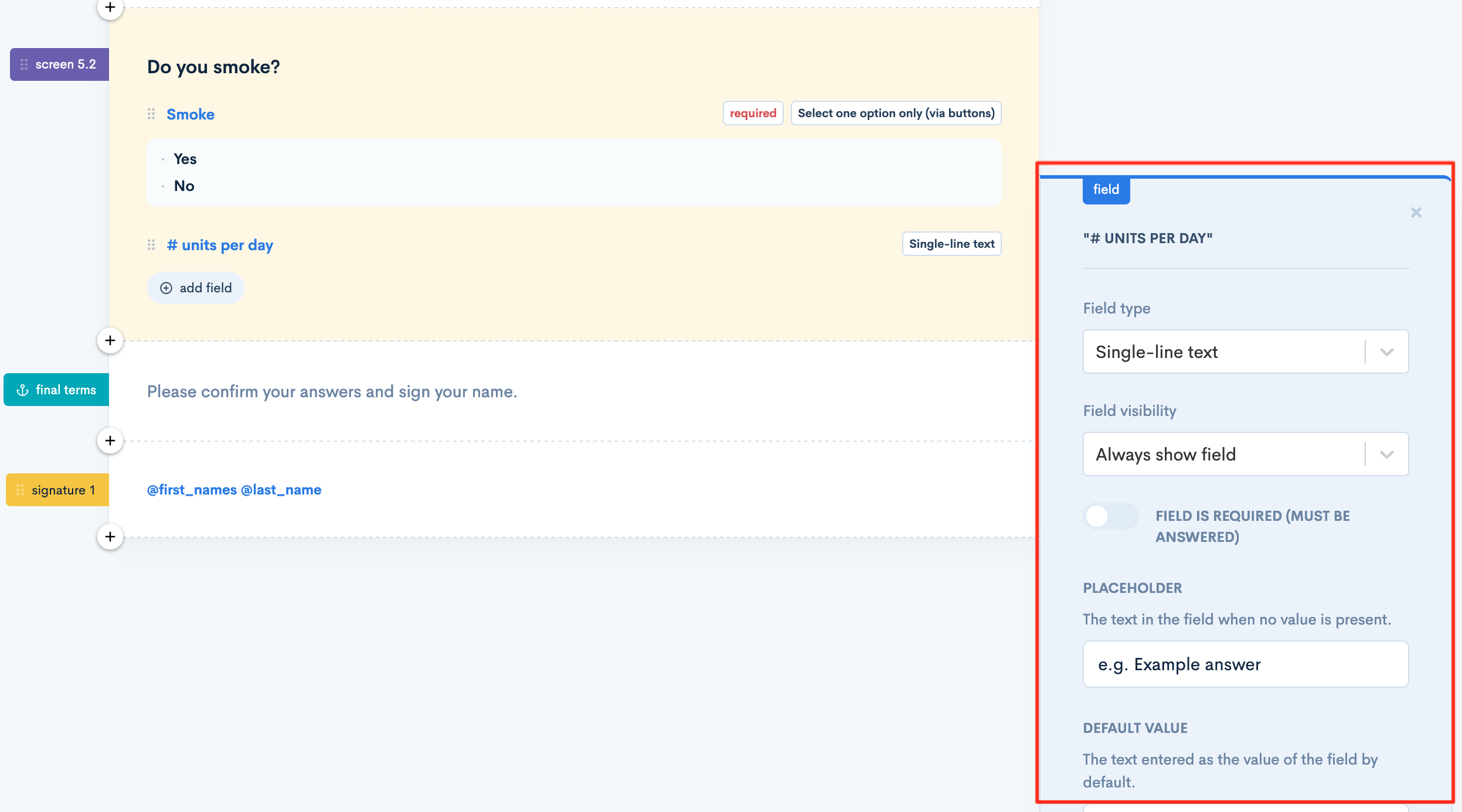 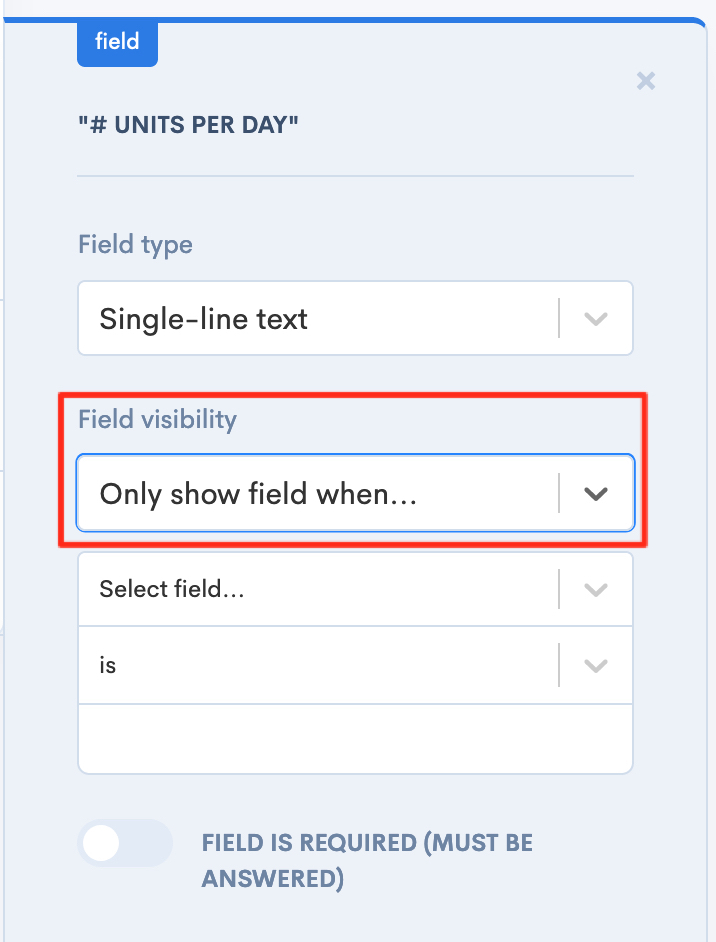 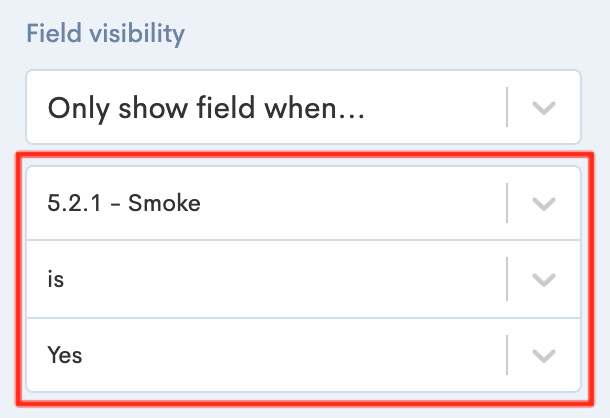 Now our field will only show if patient's select "yes" to whether or not they smoke. 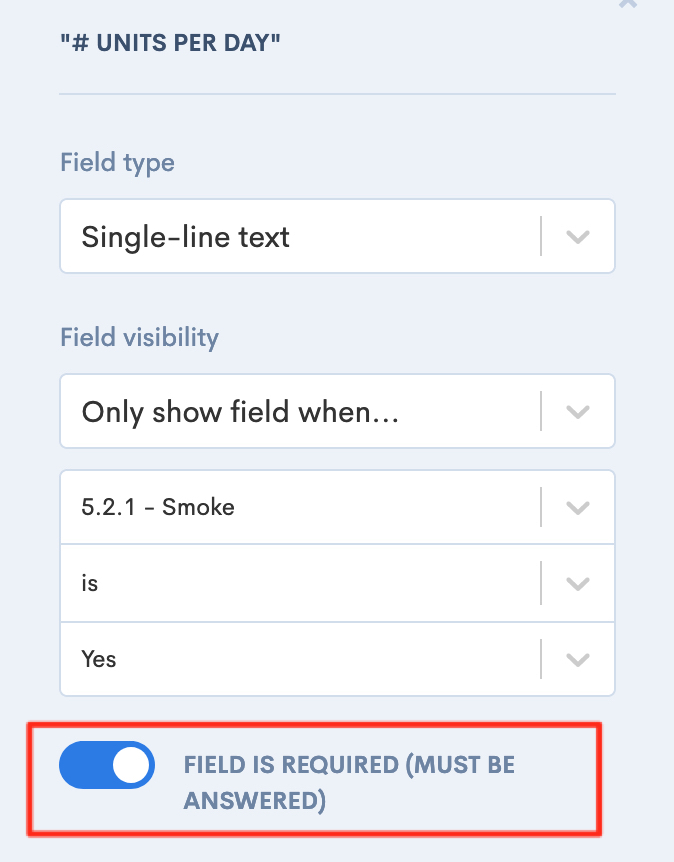 By default an open-ended question will include a placeholder of "e.g. Example answer". You'll want to change this to something more suitable, or remove it altogether. Let's change ours though to show we're looking for a #. 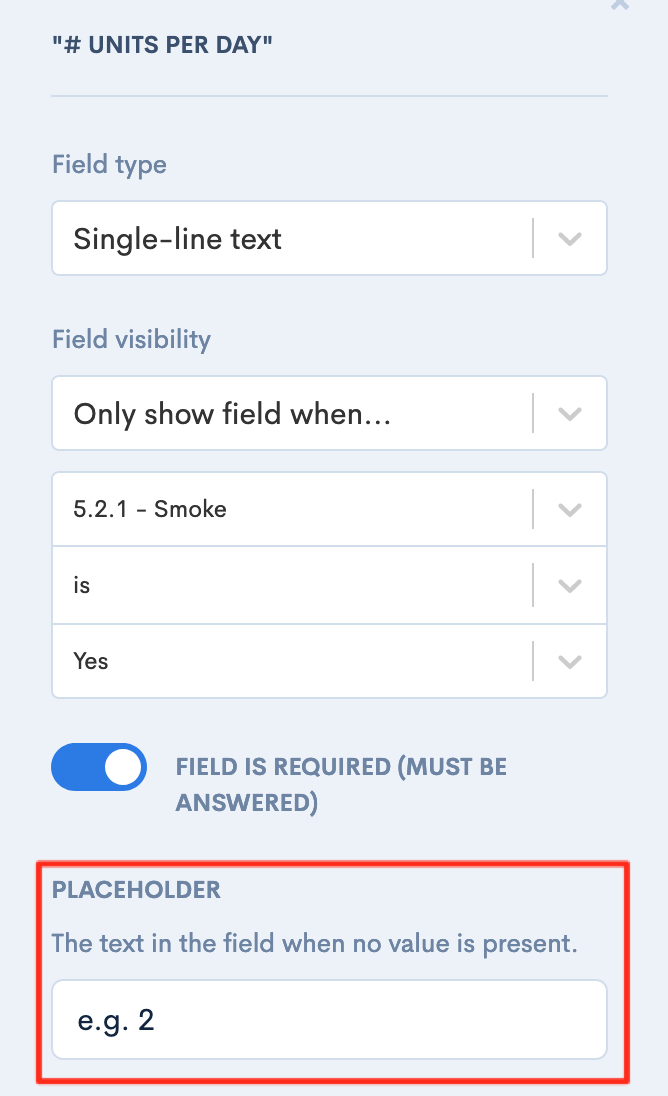 This question will display a single line text box, but we can also change the behaviour slightly to automatically display a number keypad. A minor adjustment, but just makes things a little bit nicer for patients when a number is expected. 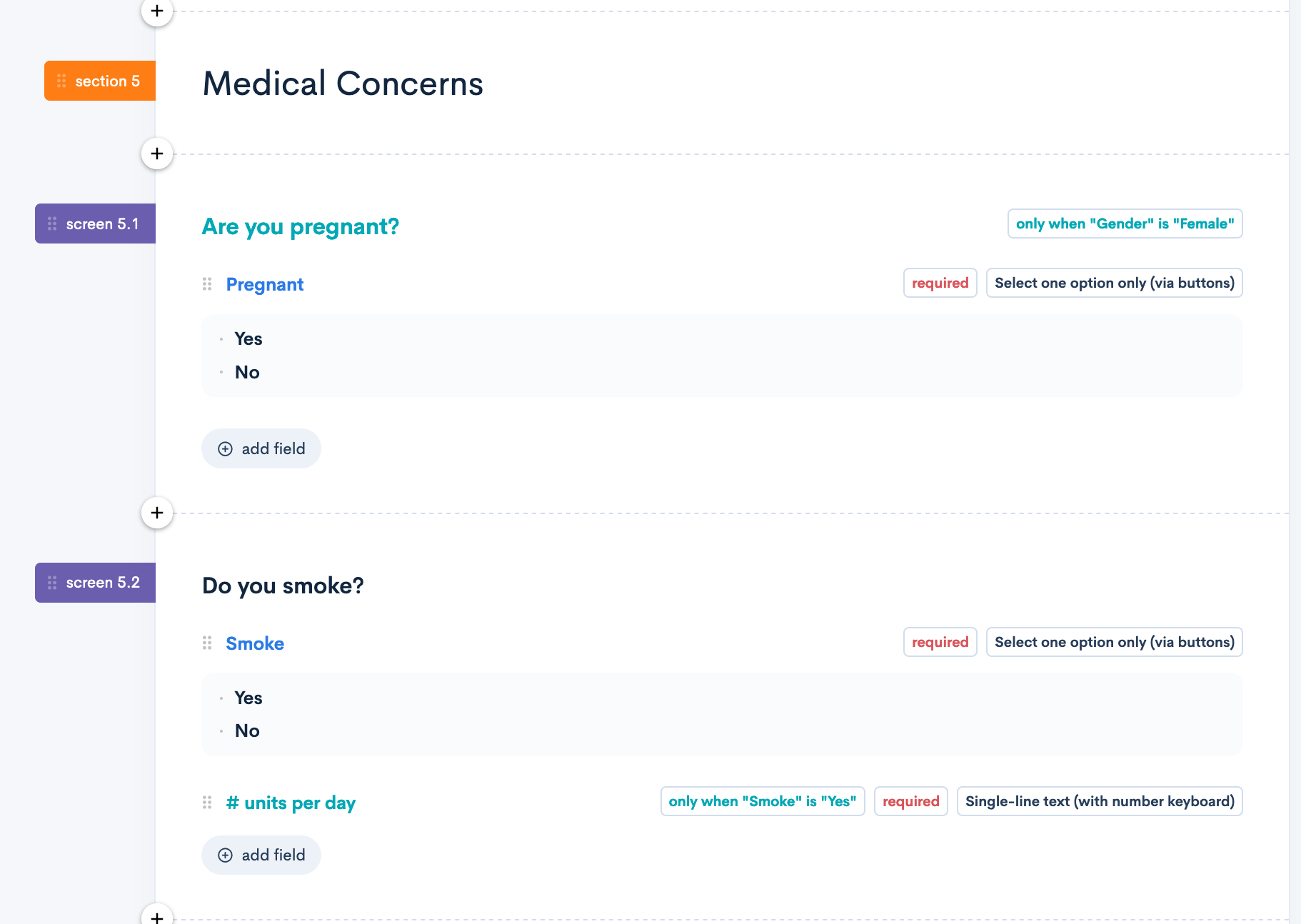 It's a good idea at this point to "save draft" so our changes aren't lost.

Go to Step 8 – Add a new section for our Terms & Conditions
Did this answer your question?