How to sign a web form response (as a practitioner)

This newly-added feature lets you record practitioner signatures along with the form response — after the patient has done their bit.

While our iPad app has had the ability to take signatures from both the patient and the practitioner for a while, our web forms didn't have this ability until now. The general flow is as follows:

Adding a practitioner signature for a web form

The first step is to make sure that the practitioner signatures are only visible to clinic staff, not the patient. For this, you'll need to add a signature with the visibility of "Only show signature to staff, not patients" as below:

Now, when the patient fills out the form, they'll only see that first signature for their name, not the new one we've just added.

Signing in the inbox

Once the patient has filled out the form, and it's a response in the inbox, it will look a little different than you're used to. The "view response" button is now red and indicates that signatures are required: 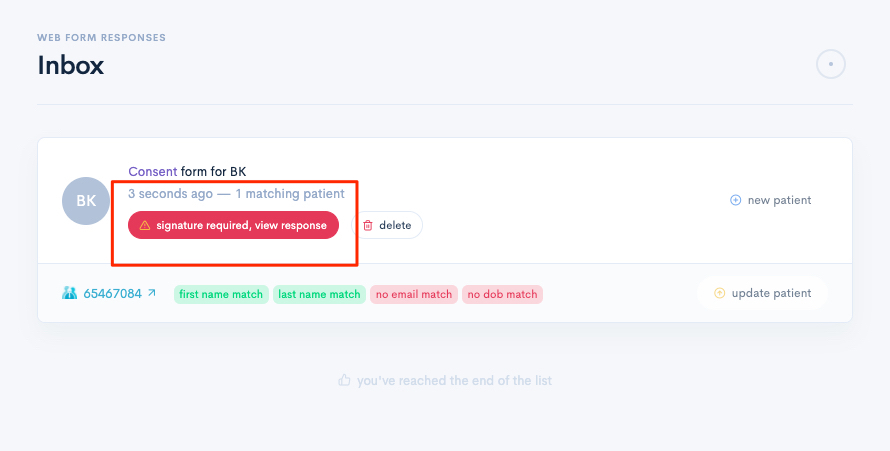 Click the button to reveal the response, and you'll see another button to record our signature: 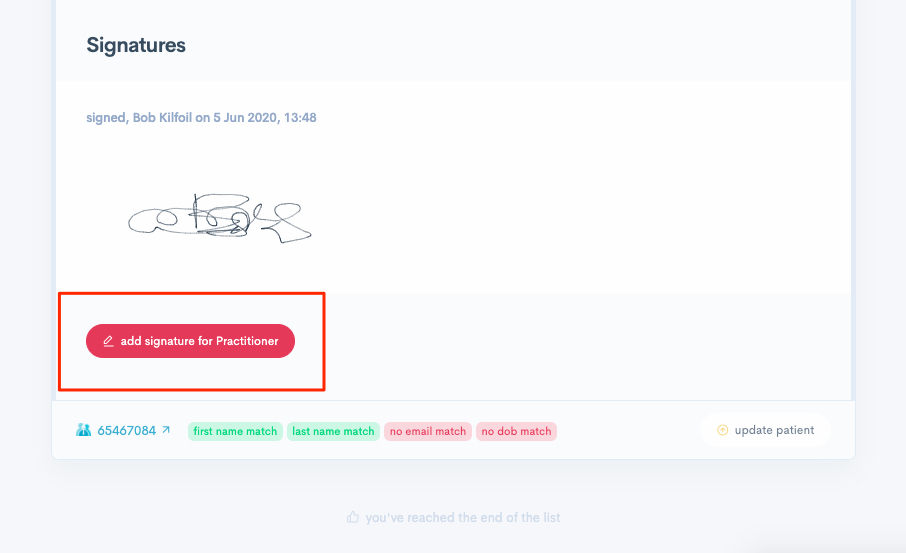 🎉 That's it! Your signature is now recorded with the form response, and will be added to the generated PDF once the form has been processed.

As you and each of your staff have access to the Finger-Ink portal, we record exactly who signed the form. This is also saved to the PDF.